Tell us a bit about yourself and your company. We’ll follow up with you as soon as we get your info.

A software build is NOT a DIY project

As Founder and CEO of CoreHealth Technologies, I’ve witnessed some brilliant decision-making by numerous entrepreneurs.  They possess that unique drive to create problem-solving products and services that are bigger, faster, and smarter than anything else available.  And in the dizzying, headlong rush to bring it to market, the conviction that “I know what I want, I know where I’m going, and I know how to get there,” is not uncommon.

But as Tim Kane, founder of myHSAsecure.com, learned, there are some parts of that process that may be better left to the experts.

MyHSAsecure.com (myHSA), a wellness vendor partner with CoreHealth, is a digital online technology that allows companies to administer self-funded wellness and health spending accounts.  Health Spending Accounts, originally introduced in the 80’s, are now coming back into favour as smaller and mid-sized companies look for ways to provide additional tax effective employee benefits, and larger companies are striving to offer flexible and attractive benefit programs.  MyHSA is a digital platform sold through insurance advisors to facilitate both self- funded wellness and health spending accounts.

In April 2013, when Tim sold his insurance brokerage firm, he dove head first into the software industry.  The original myHSA was built in 30 days on a dated modular open source software program.

“I thought I would be an instant millionaire,” said Tim. But Tim quickly learned that “software isn’t like anything else,” and the effort he spent on building his own software resulted in a significant waste of valuable time and money.”

“We spent $50,000 for this first myHSA version but spent well in excess of that trying to maintain it and adapt to all the new browsers and bugs.   The cost to build it became the cheap part.  The ongoing cost is what became expensive.”

Lesson #1: Building the software is the cheap part – outsource it to the experts.

When Tim hired an ex-technologist from RIM to review his program in 2015, he experienced his first epic fail. The software was not scalable, and many of the issues lacked solutions. The only option was for myHSA to rebuild the whole program.

MyHSA 2.0 was launched in April of 2016 and almost put the company out of business.   “Everything we did wrong in the first version was amplified by the fact that we had thousands of users on a half-built platform that was not at all what we thought we were getting.  We eventually got through it, but it was not without a lot of grey hair.”

MyHSA 2.0 was a full and necessary rebuild which was significantly more than their initial investment, but Tim learned the cost to build is the least expensive part. The cost to keep the program current and easily expandable is where the costs ramp up.

The truth is software developer companies have gone through the numerous trials and tribulations of building and maintaining successful programs.  There are many “tried and true” providers to choose from, and the best will give you not only better software, but better insight on the end-user side, as well.  Their technology perspective isn’t the same as yours’.  It’s much closer to your customer’s, and that’s a very healthy asset for both your operational and marketing efforts.

Lesson #2: Software developer companies allow you to retain focus on your business.

As Tim realized, “Even at the best of times, it’s difficult to think about the business long term, like how will I scale? But building software involves a lot of work and constant evolution and unless you are prepared to dive completely in, don’t dabble.  You need to concentrate, get thick skin and work hard at it, and it absolutely can’t be a side project.”

Knowing that he couldn’t dive in completely, Tim undertook the task of finding the “expert”, which was not easy, but proved to be extremely valuable in the end.

Says Tim, “We went through two providers, both which proved unsuccessful as we were unable to communicate our vision effectively. When we finally made the investment to build a software development team in-house, and stopped dabbling in trying to build our own software, our worlds changed.   We were now able to effectively communicate to our team and exceed our customer’s expectations.”

For Tim, it was a valuable lesson learned.  “Every software development project has its glitches, and it’s worth taking the time to ensure that all the questions are asked, and ultimately answered.” Tim drew the analogy of building software to painting a picture: With developers you have to be incredibly specific as to what you want to build, or there is a 99% chance it won’t look anything like you thought it would.   If you give developers a picture of your favorite car parked against the backdrop of the rocky mountains and ask them to paint you the picture, there is a good chance you will get the picture back without the car in it.  If you ask the developers why they didn’t paint the car, their response might be: I thought you wanted the mountains!

After all these trials and tribulations, myHSA has developed a solid software program allowing them to be an excellent network partner for CoreHealth and the wellness companies they work with.

Tips to Live By

Here are some tips from Tim Kane on why it’s best to leave building software to the experts:

These are important lessons to remember for any new software project.

Read our blog post and white paper, if you are considering whether to Build or Buy Wellness Technology

Ready for a Proven Wellness Technology?

Discover the 10+ Must Have's in Corporate Wellness Technology. 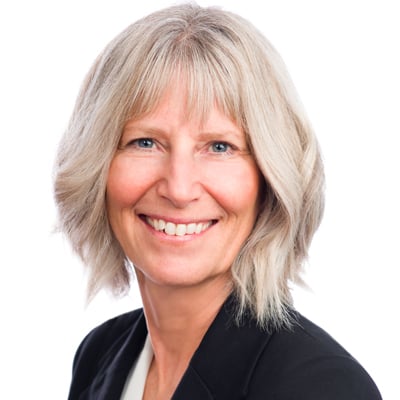 Anne Marie Kirby is the Founder and Managing Director of CoreHealth Technologies. Recognized as a leading female entrepreneur by national awards panels, Anne Marie has been at the forefront of health and wellness innovation - leading the team in developing sophisticated corporate wellness technology that empowers the wellness innovators of tomorrow.

CoreHealth has been recently informed that the University of Michigan Health Management... 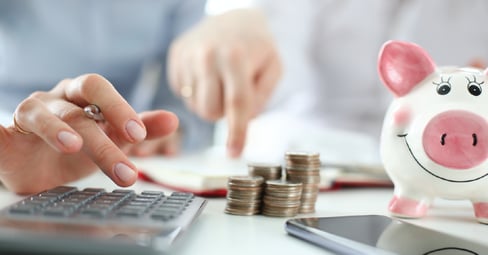 Helping Employees Deal with the Other ‘F’ Word - Financial Wellness

Finances play such a large role in our lives and can contribute to alot of stress on families.... 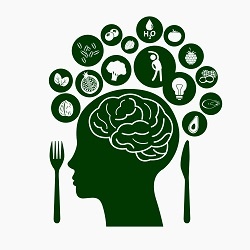 Of the many questions asked regarding how to implement a successful wellness program, one thing...